LOOKING for a late night munchie? Melbourne foodie I-Hua Lim shares 10 places you can visit in the city and suburbs without hurting your hit pocket.

If you’re hungry and lazy to cook, don’t worry, it’s all part of the student life. You’re certainly not the only one feeling the pangs of hunger in the early morning hours.

But for the brave who are willing to step out of the warm comforts of home into the cold night air, your reward of a satisfying late night eat lies in the numerous laneways, nooks and crannies around the city and as far afield as Heidelberg, Caulfield, Burwood and even Clayton.

In this list, I’ve come up with ten places where you can find decent food at an affordable price: 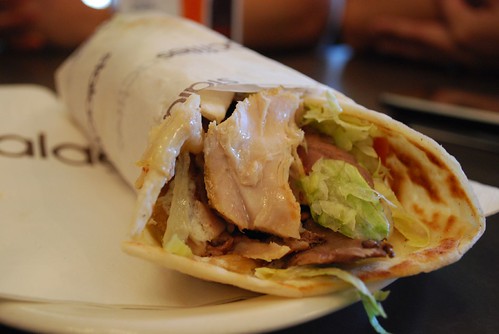 Stalactites has been part of the city landscape for more than 30 years. Open 24 hours, seven days a week, Stalactites does a roaring business especially on the weekends. It serves a variety of classic and traditional Greek dishes such as souvlaki, giro, moussaka, baklava and galaktoboureko. It’s an especially good place if you’re craving some meat, grease, and big bold flavours. And here’s some trivia to tantalise your taste buds – it was famously booked out once by Marcos Baghdatis when he pushed through to the finals of the Australian Open in 2006.

Golden Tower has been around for as long as I can remember and is a licensed restaurant and diner which never closes. It offers quick, cheap and decent fare, and is a popular place for late night snacks after a long night clubbing, oh and studying too. There’s nothing that says comfort like a big breakfast and milkshake.

This was one of my favourite haunts when I was still a student. I take that back. It’s still one of my favourite places to go to when I’m homesick and craving for a good Chinese meal. It’s not the classiest of joints, but it’s definitely a diamond in the rough. If you’re from Malaysia or Singapore (or any South-East Asian country really), you’ll be pretty used to the late night tai pai tong, which is Cantonese for big food stall. There are some pretty good stir-fries and homey dishes here, and I would recommend trying the sweet and sour pork. Yes, I said it. They make the closest sweet and sour pork I’ve tasted to the restaurants in Malaysia.

Chillipadi has been open in the city for around for a while as well, and more recently, in Kensington with authentic mamak kopitiam fare. It’s definitely the spot to hit if you’re hankering for a well tossed roti. They also do a variety of fun drinks if you don’t quite fancy a heavy meal. They have the usual teh tarik, teh-o, teh-peng, kopi-peng, and yes, the Milo Dinosaur!

Stokers Coffee and Pancake Lounge (till 2am, except Sundays)

Sweets anyone? If you’re the type that would rather eat dessert for mains, then you must drop by Stokers for late night pancakes and crepes – especially if you happen to study at the nearby TAFE and universities.

Pancake Parlour at Doncaster first began trading in 1985 and is a landmark in the area. It’s open 365 days a year, including Christmas. Breakfast fare is served from 3am until midday weekdays and until 5pm on Saturday and Sundays (excluding public holidays or big event days). Pop in with your mates and bring in a couple of books so you can refuel while you study – it’s 3am, and nobody’s going to mind.

Star East Cafe (till 2am) 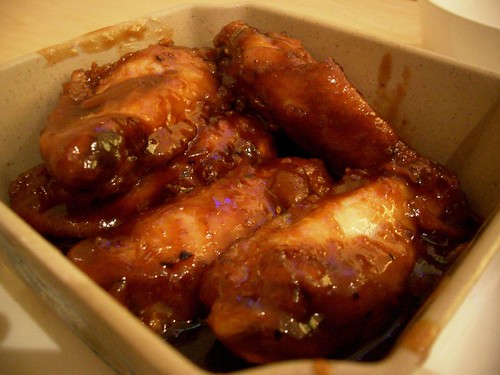 Star East Cafe is your typical Hong Kong Char Chan Teng (i.e. coffee lounge) where people linger, eat and chit chat with friends. There are an incredible number of dishes on the menu – the last time I checked, they had more than 70 items on the menu, from Asian and Western-inspired dishes to desserts and drinks. If you are a lover of ice milk teas, be sure to place your order here. Thick and frothy, it’s absolutely yummy.

Rock Kung (till 2am)

Rock Kung is another Hong Kong styled restaurant located in the busy Glen Waverley area. It specialises in roast meats. So this is where you will come to dine should you feel like having some roast duck/chicken or BBQ pork on rice/noodles. You can also order dishes here with bowls of rice to share around the table. Congee is pretty good too, and nothing sings comfort more than a steaming bowl of century egg and pork congee when you are feeling low. Just don’t let the grumpy staff turn you off.

Yup, this is the same establishment that is located within the Crown Casino complex. If you are craving late night coffees and desserts, this original branch in South Yarra will be where you want to be. Grab a cheesecake, or maybe two. Make that two cheesecakes and a black forest gateau!

You can’t think late night snack without thinking of pizzas. Lucky Coq and its equally groovy sister restaurant Bimbo Deluxe in Fitzroy, serve up amazingly delicious and fun pizzas.
You can have your choice of savoury and sweet pizzas. Yes, dessert pizzas, with chocolate! Forget delivery, these ones are worth the journey.