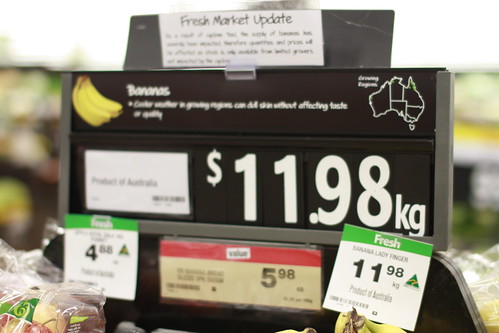 MELBOURNE is now one of the most expensive cities in the world to live in, and international students have been hit hard by the rising costs of everyday needs.

Salvation Army manager Anthony McEvoy said there had been an increase in the number of international students approaching The Couch for material aid, including hot meals, in the past three to four months.

“More and more students are saying this is their only meal of the day,” Mr McEvoy said.

The Salvation Army’s The Couch project was set up a couple of years ago to help combat some of problems facing international students, including financial hardship, and to provide them with a safe, non-commercial space to gather and socialise.

In a worldwide study, the UK-based Economist Intelligence Unit compared the cost of living in major cities by converting the price of a range of consumer products to US dollars, enabling some striking comparisons to be made.

Tokyo was the most expensive city in the world, but Melbourne was not far behind at seventh, proving more costly than London, New York and Hong Kong.

Melbourne’s jump from number 38 in just two years is largely due to rising commodity prices and the strong Australian dollar, which has remained above parity with the US dollar for most of this year.

The increase in living costs has had a particularly powerful impact on Melbourne’s international student community, many of whom rely on overseas sources for some or all of their income.

The Couch coordinator Peter Hichaaba said many international students had to budget extremely carefully to survive, and some were forced to weigh up moving to the outer suburbs of Melbourne for cheaper rent against the extra public transport costs of living in zone two.

He would like to see international students granted the right to public transport concession cards to reduce the financial pressures they face.

“All we want is for international students to have the same access (to public transport concessions) as local students,” Mr Hichaaba said.

The Couch is on 69 Bourke St in Melbourne, and is open Sunday to Thursday from 5pm to 9pm.