“A MEME a day keeps the doctor away”. Well, that’s our philosophy anyway. Hadi Ismanto takes us through the images and capti0ns that gave us the most LOLs in 2012.

As we kick off 2012, it’s a good time to reflect back on the year 2012. Yes, there were many ups and downs, but hey, throughout the downs you and I faced, one thing that never failed to cheer us up back again were memes!

Memes, memes, memes, we just can’t get enough of them, can we? Here at Meld, we love memes as much as you do, but not too much until we forget how to say “Thank You” when someone compliments us, saying“Oh Stop It You!” while biting our lower lips instead (keep reading if you don’t get this!)

Meld compiled 10 top memes that have shaped this year for us. Some of them are freshly 2012 while some of them have been around for some time. Nonetheless, here we go.

10. I Don’t Want to Live on This Planet Anymore

By accurately depicting our feelings and reactions towards things that are outrageously unacceptable, this meme is a definite favourite. Whether it’s to respond to that stupid question found in Yahoo! Answers or to those YouTube comments that do not make any sense, this meme is proof that we are not alone when it comes to mourning the state this planet has come to.

9. What People Think I Do / What I Really Do

A series of visual charts, this meme depicts a range of occupations or status’ by comparing various impressions held by others and also ourselves to the sad but true reality of the job. When it is well made, this meme will cause this chain of reaction:

You have been warned! 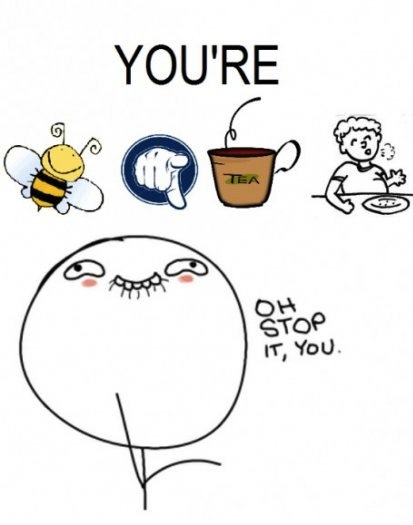 Featuring a cute, round and bald character, this meme reflects our feelings of self-modesty and humble gratitude. It’s so popular, each time we look at the character, we automatically bite our lower lip. Whether it’s the magical effect of the comic character or just a reflection of  how we feel deep down inside, this meme is funny and cute at the same time.

Ah, the bad luck Brian. The meme so funny we feel guilty laughing at one. By captioning this innocent young boy’s picture with a variety of embarrassing and tragic occurrences, laughing at people’s misery is no longer something you should be ashamed of. Well, it’s a joke…right? Dear readers, Meld Magazine does not approve of  you laughing at any of your friend’s misfortunes. But this time, we’ll let it slide. Ok, 1, 2…go!

It’s amazing how this meme accurately depicts how we feel when that annoying friend keeps on repeating that overused joke…or, in this case, shouting “OPPA GANGNAM STYLE” for no apparent reason!

5. McKayla is Not Impressed

We all have that one skillful friend. A friend who’s skilled at annoying us by boasting and egging us on during every conversation.

“Oh you just bought an iPhone 5? I have already pre-ordered my iPhone 5S.”

“What? Your boyfriend gave you flowers? My boyfriend just gave me flowers and a Swarovski crystal!”

If you can’t be bothered anymore, learn from McKayla. Show them you’re just not impressed.

The Psy meme works just like the Thor meme, by making his name into a pun. “Psy” closely resembles the Hokkien word for, well….look at the first and last photo – you’ll get the idea. 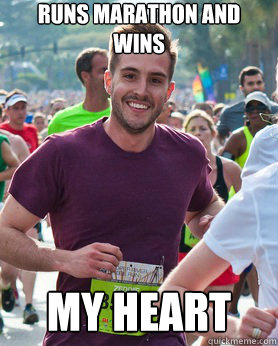 She’s beautiful and scary at the same time. And just like that, the meme is both funny and scary too. It brings on the LOLs because, well, just how can a girlfriend be so ridiculously attached? But it creeps out because some of the things she says could actually be applied to an actual girlfriend! To make things more interesting, there’s now a “Misunderstood Girlfriend” meme – trying to clear the air that girlfriends are just trying to be nice.

What is your favourite meme of 2012? And what do you think will make it big in 2012? Tell us in the comments section below.