How architect Michelle Ng designed her blueprint for success in Melbourne

Born in Malaysia and raised in Singapore, Michelle Ng currently lives and works in Melbourne as an architect after finishing her Master of Architecture Design at University of Melbourne in 2009.

But before enjoying a successful career, Michelle came to this city with hopes and dreams. In 2004, she arrived in Melbourne as an international student where she first enrolled as a Foundation Studies student at Trinity College, the University of Melbourne’s own foundation school. Like international students today, she encountered many difficulties in adapting to her new life abroad and struggled with the differences.

“I missed friends from home, especially people you went to school with and friends you used to hang out with,” Michelle said.

As time went on, she began to adapt. She made new friends from Malaysia and saw them every Friday night after class. She considered herself lucky but after a year of foundation study, it wasn’t before long that Michelle was admitted into the University of Melbourne.

“University is harder than Trinity. In my first year of uni, it was quite shocking,” she revealed.

Having to jump from teachers with more understanding and patience towards international students to a quickened environment catered to all types of students was by no means easy. Despite citing English as her first language, she too struggled to keep up with the demands and pace of university-level education. To curb this, she learned to manage her time better and began developing her skills.

“If you choose a degree like architecture, you’ve got to be very vocal,” she said. “Every semester you have a design class [and] you need to talk about your project. You always need to open your mouth and speak up and be brave.”

During her course, she picked up skills in 3D programming and handicrafting. When deadlines drew near, she began to stay behind on Friday nights while everyone else was out and resting. She remained optimistic and when all was said and done, Michelle was more than happy to enjoy the small rewards her course offered.

“But here is the secret, when [everyone else] studied for exams, I was done!”

After graduating, Michelle went right to work as a registered architect. She began specialising in different areas under the employment of several architectural and design firms.

“One of the benefits of being an architect is that you can practice in different occupations. I tried different jobs in, for example, interior design, as a means of accumulating experience and finally decided what I really wanted to do,” she said.

On being an architect, Michelle says she sometimes will work on six to seven projects at once, projects that require extreme cooperation from her team and for her eye to be around every single detail. It may sound difficult but Michelle enjoys the challenges her job brings, as she spoke enthusiastically with us about her experience. 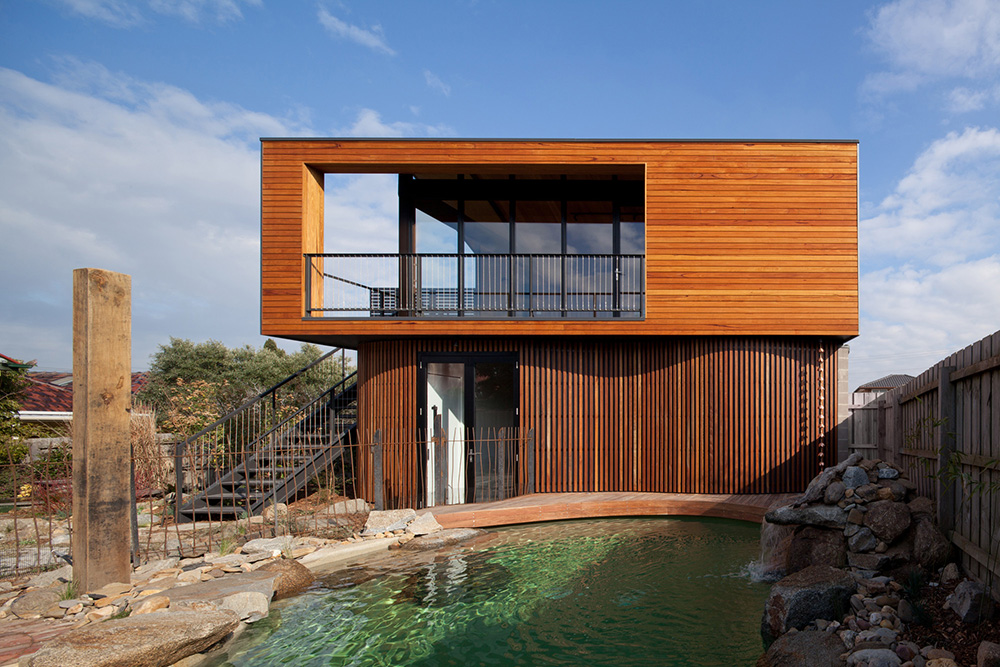 Beyond her commitment to her craft, Michelle also maintains a positive attitude towards life and leads a healthy lifestyle. When she’s not in the office, she’s playing squash, running, hiking and taking part in other outdoor activities.

Asked about what advice she could dispense to those aspiring to success like herself, Michelle encouraged international students to take advantage of the opportunities they have on campus. These include exchange programs offered by her uni. When she was a student, she participated in a ‘travelling studio’ program where she worked in India alongside her classmates at the University of Melbourne. She followed this up with an exchange in Germany, and further acknowledged that having world-experience only enriches your own learning.

“I strongly recommend doing as many exchange courses as possible because it is a lot of fun.”

She also encouraged students to develop their people skills and build their local experience in Australia through part-time jobs.

And for students struggling to make the right choices for themselves, Michelle too offered some parting words of wisdom.

“It is important to do what you like to do. I know of course parents will insist you do something that makes money, but then you have to do the rest of the life, so you have to make the right decision.

It’s advice worth listening to, no doubt — who better than a successful architect who has built a life of her own?

This story was produced by Media and Communication students at Trinity College Foundation Studies as part of Meld’s community newsroom collaboration. Education institutions, student clubs/societies and community groups interested in being involved can get in touch with us via meld@meldmagazine.com.au.