Student stories: What marching on International Women’s Day taught me about activism

This was one of the placards found among the sea of people in Melbourne when I participated in the International Women’s Day rally in early March 2018.

As I marched alongside my fellow sisters both young and old that day, I could feel my feminine pride swell. All around me, I saw amazing ladies contributing to the cause in their own way like the elderly, for example, who patiently sat on the steps of State Library with cameras in hand or the children who passionately waved their flags and banners.

It was overwhelmingly refreshing to see people of all ages listening to women talk about their rights. And it was then that I came to realise that perhaps I wouldn’t have had this opportunity were I to have stayed back home.

“All around me, I saw amazing ladies contributing to the cause in their own way…”

You see before I came to Melbourne, I never entertained the idea that I would join in anything that was even remotely political while I was in Malaysia, my home country. And in my hometown, there were rarely any opportunities to do so too. Given the country’s history, I think the general reluctance by the people to protest or become engaged as activists perhaps stemmed from a place of fear; fear for their own safety and of those they cared for.

Because of this, I never saw myself marching in support of any political cause.

So what changed, you ask?

I think my decision to participate in the International Women’s Day march was spurred on by several factors.

Being in Australia as an international student in my final year of an arts degree no doubt encouraged me to become more involved, politically. In my four years as an overseas student in Australia I observed that there would always seem to be some kind of protest going, whether on or off campus. And in Melbourne, you can bet that a uni student especially would always be up for rallying about something. Now I’m that student! 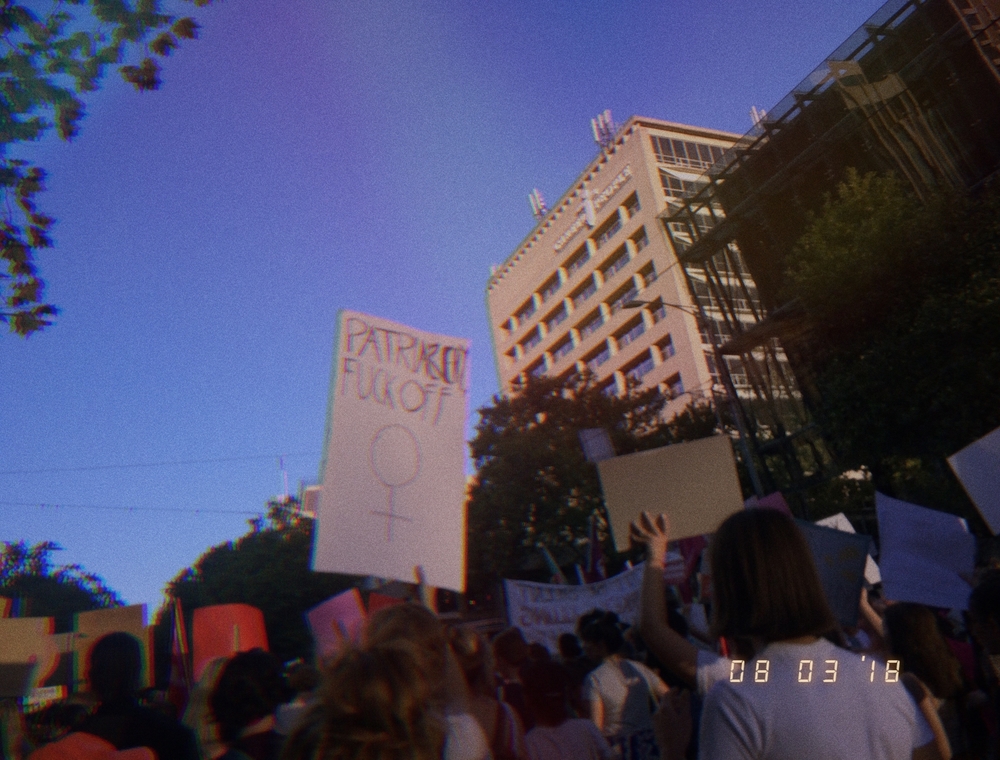 I was also inspired by the stories and hardships of women that were emerging worldwide as a result of online social movements like #MeToo and #TimesUp. I listened and I learned from other women as they shared stories about sexual harassment and assault, unequal pay and other issues that have and continued to plague women.

I chose to participate in the International Women’s Day march because I wanted a way to celebrate my femininity while showing my support of other women and to bring awareness to their issues.

“In Melbourne, you can bet that a uni student especially would always be up for rallying about something…”

I joined my friend who invited me to march alongside our Malaysian sisters in the student activist group, Malaysian Progressives in Australia, and it was such an inspiring experience. When you think of a rally, visions of an angry mob appear but generally speaking, what I saw was a lot more lighthearted. Although many of the issues women were marching for were serious, it was nice to also see their frustrations and anger channeled into something positive, like a very ‘punny’ placard or funny chants. Things like this helped keep the protest in good spirit and people were very keen to join.

I also didn’t expect to see so many different people come out in support of women. Given my exposure to rallies in the past on campus, you’ll forgive me for thinking that it would mostly just be university students and others my age standing up and protesting.

Ultimately, what I learned from the experience was to be unafraid when it comes to standing up for what’s right and to voice your support for a noble cause when you can. In this case, one of the important things for women I’ve discovered is throughall of this is the need for us all to speak up about our rights and to protect those who’ve suffered and have been brave enough to tell the world about their stories.