Learning About the Use of Pronouns

The first time I updated my pronouns on my Instagram bio, my sister asked me, “Why do we need to tell people how to address us? Isn’t physical appearance sufficient enough to know the gender of the person?”

I then realised how general knowledge about gender identity can be almost pitiable.

We’ve all been familiar with using pronouns on different platforms, but do we actually know the correct way to use them? How comfortable actually are we in using different pronouns?

Here in Melbourne, some workplaces and communities give the chance for people to officially express what their pronouns are – he/him, she/her, they/them… It’s possible to have more than one set of pronouns too.

For us international students, being in Australia may be the first time we’re exposed to the term ‘gender pronouns’.

I had the pleasure of talking to Ashwin Chhaperia (they/them), an international student studying at the University of Melbourne, and Budi Sudarto (he/they), a former international student who is also the founder and director of Ananda Training & Consultancy. Ananda consults companies about intersectionality, inclusion and diversity in the workplace.

In our conversation, Budi actually helped me realise how general understanding of the use of pronouns is inadequate. We often think of the term ‘preferred pronouns’. Do you see what went wrong there? I didn’t either.

But Budi enlightened me that saying ‘preferred’ is implying that it is a choice. Budi further added an analogy: “I ‘prefer’ an apple but because there’s no apple, I can have an orange instead.”

“When it comes to pronouns, it is something personal to indicate to others our gender identity (or identities) and expressions. Instead of asking people ‘What are your preferred pronouns?’, we should use ‘Do you mind telling us of your pronouns?’ The latter is more inclusive and respectful than the former.” 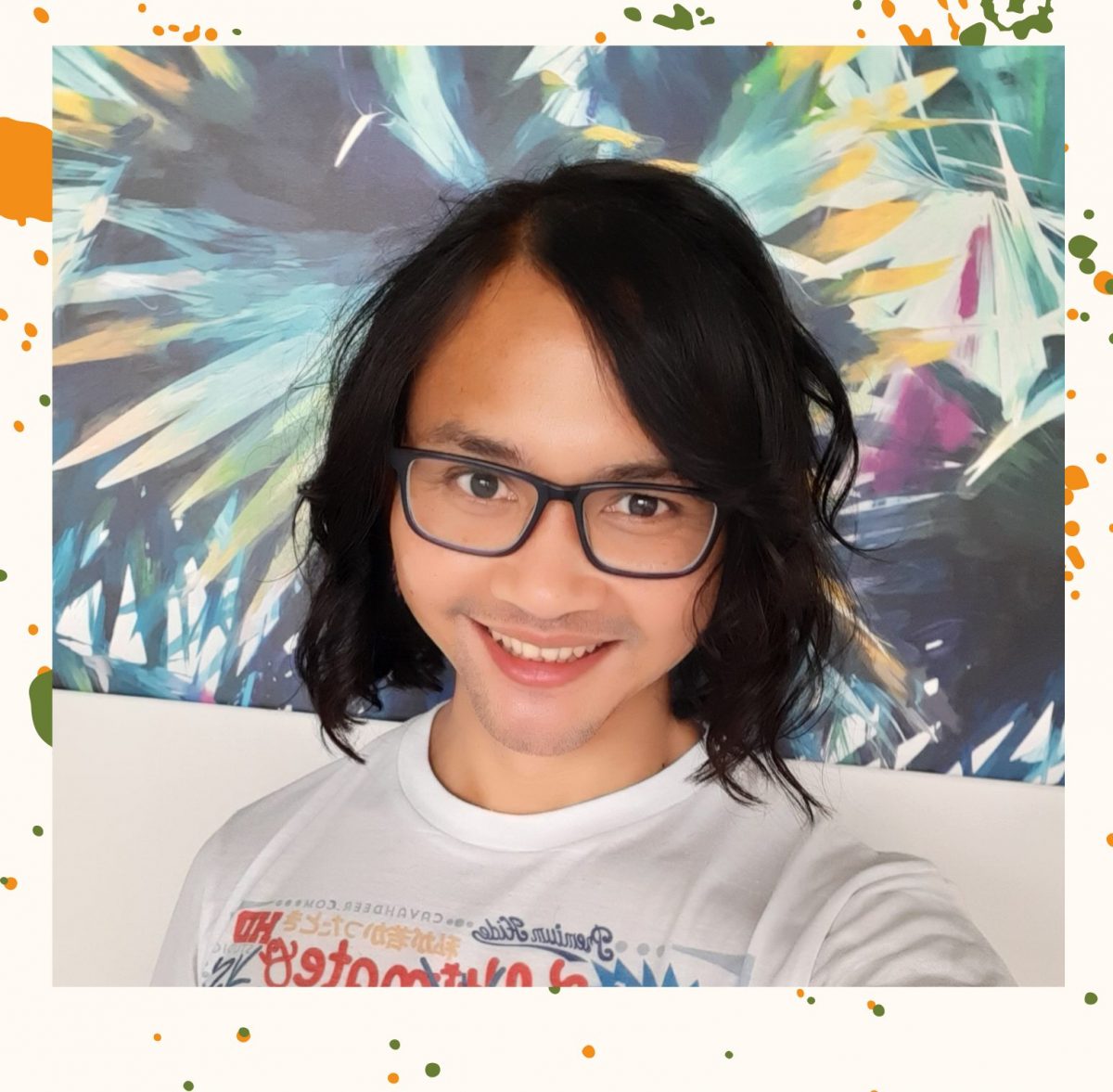 On the experience of opening up about their pronouns, Ashwin said, “It was a bit of a mixed experience. I was comfortable opening up to my close group of friends but beyond that, I was scared of homophobia and discrimination. It took me some time to realise that if someone doesn’t accept my pronouns, it is a ‘them’ problem, not a ‘me’ problem.” 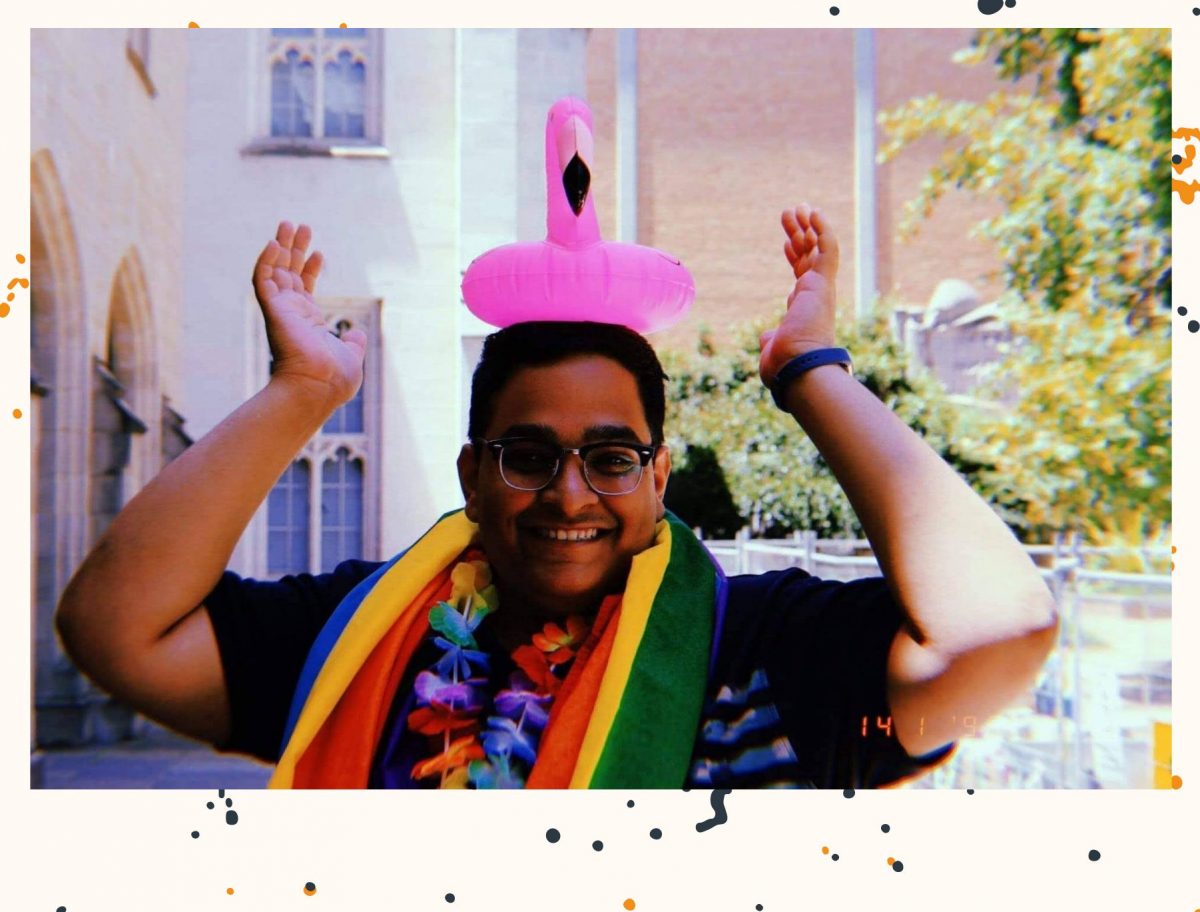 On another hand, Budi explained how people still use gendered pronouns. In my own experience, because many people don’t often associate with the concepts of gender diversity and pronouns, I have seen people get confused about the use of ‘they’ which is due to a lack of awareness and open conversations.

The influence of culture and society

“In Australia, pronouns are seen from a Western angle, implying that people who are new to the country are new to the concept of sex and gender. Not every culture and community has the concept of various pronouns. Instead of imposing Western thinking, I am adapting to the cultural and linguistic context while, at the same time, slowly introducing the concept of non-binary gender and pronouns, stressing the importance of using pronouns that people use as a sign of respect even though we may not completely understand it,” Budi added.

The journey of realisation of their gender identity was rather long for both Budi and Ashwin. Ashwin found it hard to accept their identity because of cultural and environmental constraints. The stigma and lack of acceptance of gender diversity in South Asian culture have affected a lot of people like Ashwin in accepting their gender identities.

Budi suffered through discrimination as he didn’t fit societal standards. Growing up, Budi felt disconnected from the masculine standards that made him feel like an outsider. “The reality was, growing up, I often thought how easy it would have been if i had been born a girl because at least I wouldn’t feel guilty about liking men,” says Budi. The struggle to open up about their identity and find the right community to feel comfortable in existed for a very long time. As Budi became more comfortable with their gender identity, they also became more open to others and started embracing the concept of gender diversity.

Learning about the spectrum of LGBTQIA+ (lesbian, gay, bisexual, transgender, queer, intersex, asexual, and allies)has been quite recent for Budi. “It wasn’t until the early 2010s that people started talking about gender and pronouns,” says Budi.

Despite so many confusions in terminologies and the lack of support and respect that still frequently exists, we’ve come a long way in fighting back against prejudice. “I must pay respect to trans and gender diverse community members and activists who tirelessly inform and educate members of our own communities,” Budi further added.

Should everyone indicate their pronouns?

The question that might come up is: should everyone make known their pronouns? The answer is yes. Ashwin emphasized how cishet (cisgender and heterosexual: a person who identifies as the gender they were assigned at birth) should step up and normalise this use of pronouns. “If only members of the LGBTQIA+ community use pronouns [in this way], it can be viewed as something only [our] community believes in, thereby diminishing their significance,” they say.

We have seen a significant change in people normalising this use of pronouns. Whether it’s an Instagram bio or email signature, many people are interested in updating these platforms with their pronouns and showing their support for doing so even if they do not identify as LGBTQIA+.

“It is definitely a good thing for us to indicate to others our pronouns. But some international students are yet to engage in discussions about gender and pronouns, and they might find it difficult to use English pronouns because these don’t exist in their native languages,” says Budi.

Ashwin and Budi have experienced positive responses after opening up about their identities. Their stories have enabled people around them to be more considerate, understand better, and be mindful of gender diversity and pronouns.

“It is not a wish, but an invitation for people to start having conversations about gender, gender diversity, and pronouns,” says Budi.

Apart from everything, the key is to try. We need to learn more about the use and importance of pronouns. Learning about different ways of using pronouns and being more comfortable in opening up about them is important.

And for those of us international students who now find ourselves living in a country with more diversity in this regard, why not take the chance to expand our knowledge and give well-deserved importance to gender identity and pronouns?

It’s okay to make mistakes; we’re all learning and evolving. There’s a chance that we may face hostility and disagreements along the way, but our journey shouldn’t stop there. This is our chance to build relationships and promote inclusivity and respect among the diverse members of our community.

Want to know more? Here is a useful link for learning more about the use of pronouns:

If you are feeling down or know someone who is, you can seek help through hotlines such as: