The Couch: a place to call home for international students

The Couch – International Student Centre (The Couch) continues to provide a strong sense of community for international students in Melbourne following its reopening on March 29, 2021.

The Couch is an initiative of The Salvation Army Melbourne Project 614 and City of Melbourne to create a safe space for international students, located on Bourke Street in Melbourne’s CBD.

Major Brendan Nottle from The Salvation Army Melbourne Project 614 said that at The Couch, international students can access a free nutritional meal and socialise with other international students. The Couch also offers many fun activities including Bollywood nights, as well as African and Filipino cultural nights, Mr Nottle said.

“We believe that that’s really important because there are so many international students that we meet that are lonely and isolated,” he said.

“By giving them the opportunity to make friends, this helps them become more established and feel more comfortable living here in Melbourne.” 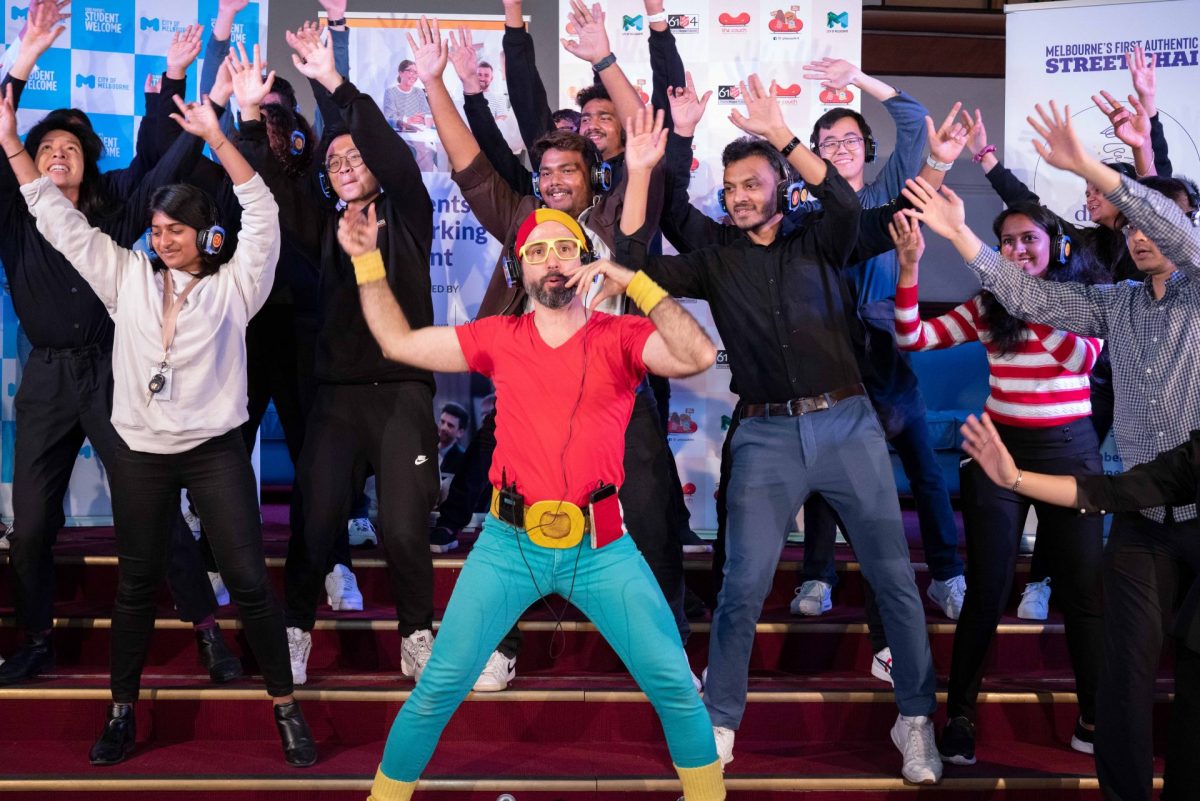 During the Melbourne International Student Week, The Couch hosted a networking event which included a silent disco, free chai and snacks. Photo by Yuchen Liu

A 2020 study by mental health organisation Orygen showed that international students are at a greater risk of experiencing mental health issues due to language barriers, academic stressors and isolation from family.

36 per cent of surveyed international students in the study stated that their mental health was affected by social isolation and loneliness while studying in Australia.

While loneliness remains one of the biggest issues for international students especially following Melbourne’s lockdowns, many have found a strong sense of community at The Couch.

Third year biomedicine student Fong, who first found out about The Couch at an event in 2021, visits The Couch at least once a week.

Fong said that his favourite part of being at The Couch is meeting new friends and regular attendees.

“The regulars make me feel like home, and getting to meet friends after work and study is pretty good,” Fong said. 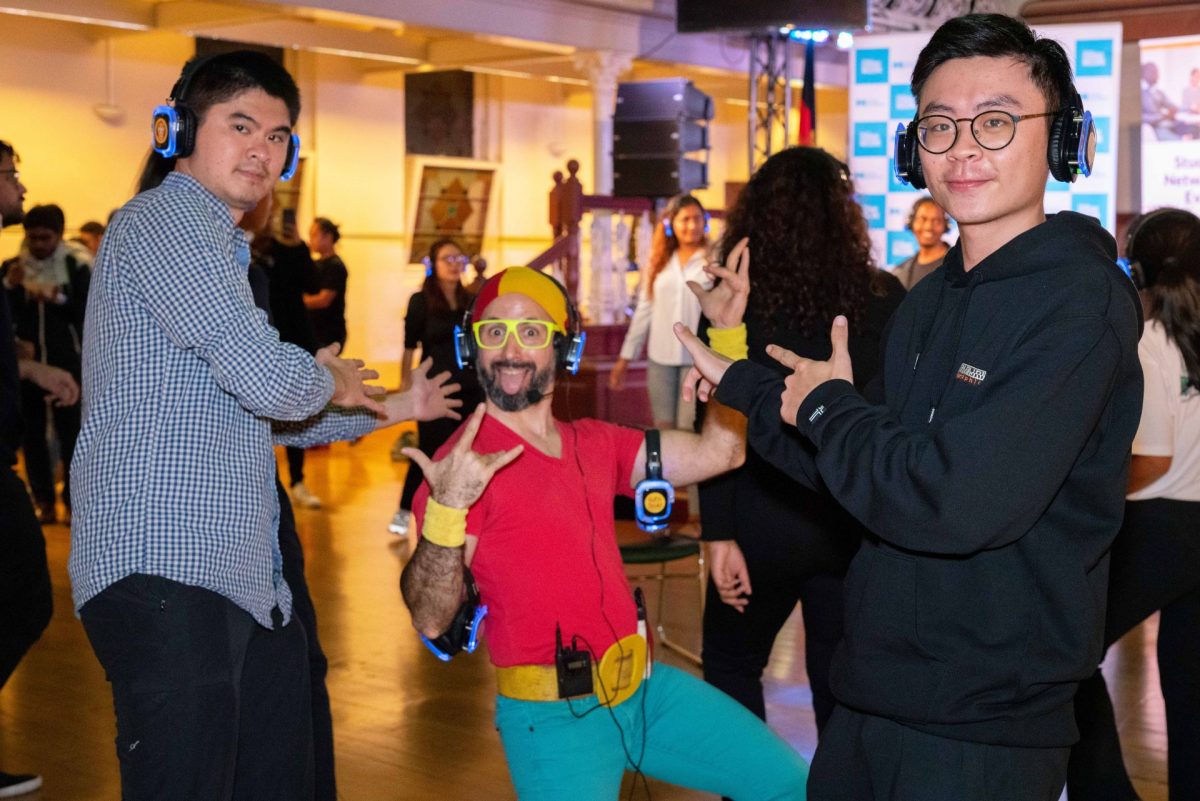 During the Melbourne International Student Week, The Couch hosted a networking event which included a silent disco, free chai and snacks. Photo by Yuchen Liu

Having been in Melbourne for two and a half years, mostly in lockdowns, Fong feels that mental health issues are prevalent among international students. However, The Couch has become a place for connection, Fong said.

“I think The Couch helps me a lot with staying connected to my peers and staying socially active,” he said.

Recent graduate Toolsika said she felt “really lost” upon returning to Melbourne in March 2022, after spending over a year in her home country, Mauritius. Toolsika felt a need to “make friends from scratch” because most of her university friends had since graduated.

Toolsika now comes to The Couch every week and has found returning to familiar faces very welcoming.

“Whatever I’m doing, I always note that I have to come to The Couch because when I come here, I make new friends,” Toolsika said.

“Even if I’m having a hard day, I know I can come here, relax, put my stress on pause because there will be people to support me.” 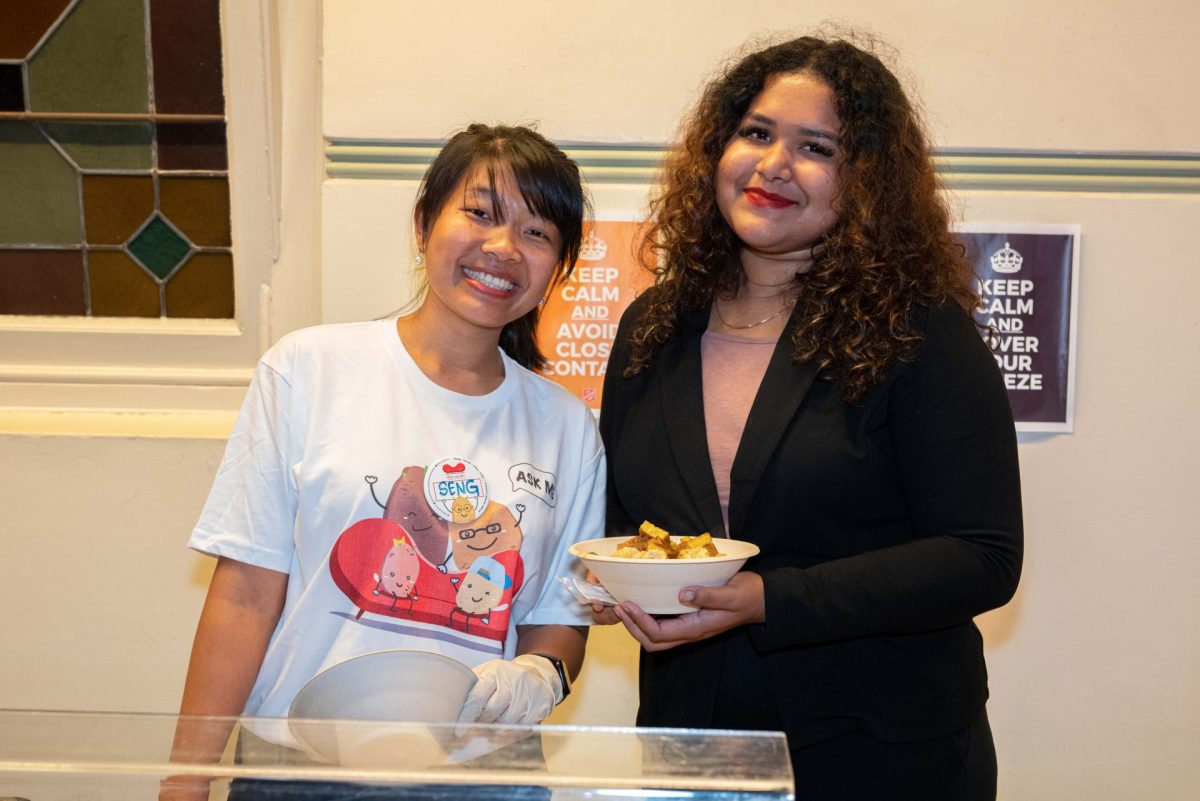 Toolsika (right) and The Couch volunteer Seng (left) have both found a new community of friends since joining The Couch. Photo by Yuchen Liu

Toolsika said that while culture shock and loneliness are two of the biggest issues for international students, The Couch is the place to go “when you’re feeling out of place.”

“At The Couch, when you see familiar faces and people feeling the same issues, you know it’s okay because we can get through this,” Toolsika said.

“Whenever I’m at home, it gets really lonely so I know that whenever I come here, I’m always going to be happy.”

City of Melbourne Education and Innovation portfolio lead Councillor Davydd Griffiths said Council has created a range of initiatives so international students can have an “overwhelmingly positive” time in Melbourne.

“We want to make Melbourne the number one city in the world for student experience to ensure that we remain a global education hub.”

At The Couch, international students are also encouraged to volunteer. These volunteers are fondly known as “Couch Potatoes.”

Final year IT student Seng, who is from Myanmar, has been volunteering at The Couch for over a year and said it has been “such a unique experience that [she] will never forget.”

“When I started looking for this volunteering opportunity, I was in a really bad situation in terms of my mental health,” Seng said.

“Last year we were in a really bad political situation in Myanmar and it really affected me even though I was living away from my home country,” she said.

Joining The Couch has helped Seng “get through the hard times.” 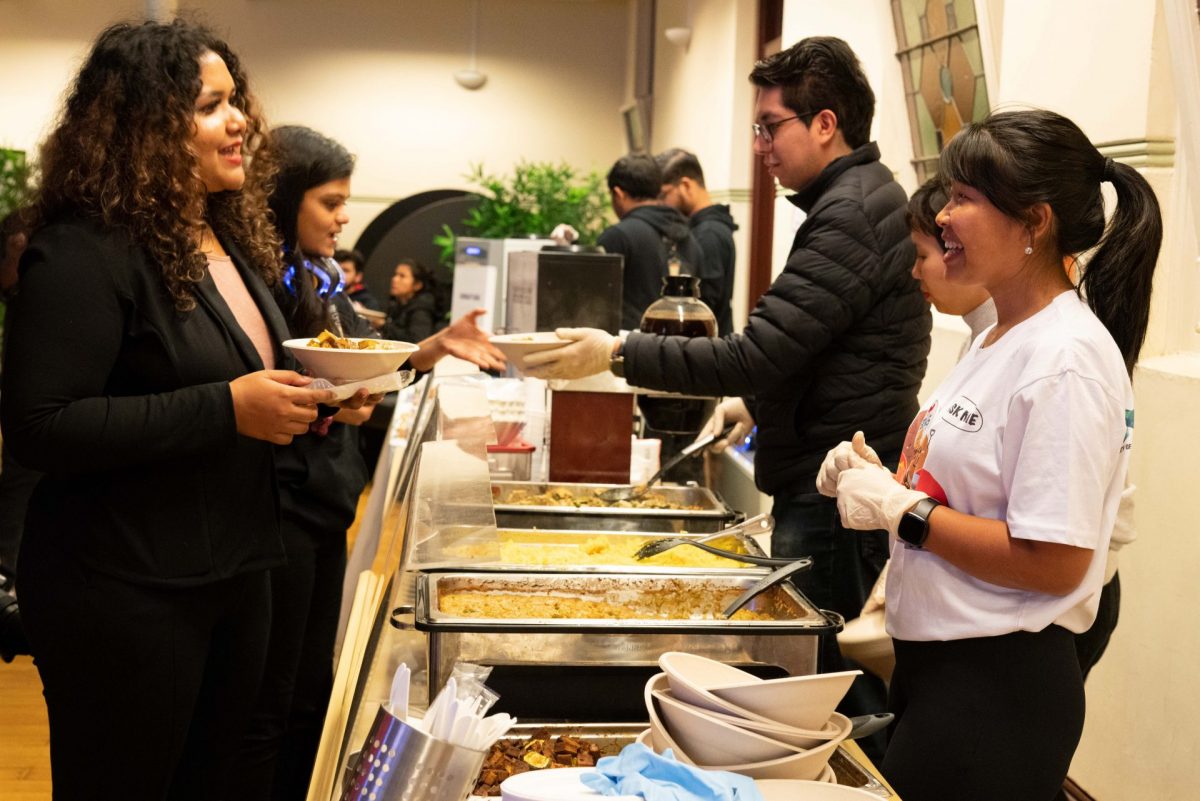 A hot meal is always provided to students at The Couch, which is served by volunteers including Seng. Photo by Yuchen Liu

“All the fellow volunteers – we have had similar journeys of looking for a purpose, especially following the hard times during lockdown,” Seng said.

“Looking for that purpose bonded us together. Since then, I’ve become good friends with all the volunteers. It’s like we are one big family.”

“For me, volunteering at The Couch has opened many new doors, new opportunities and I never regret coming here because it gives me joy and a sense of purpose and community,” Seng said.

“The great thing is that international students are able to gain some experience in volunteering which always looks good on their CV when applying for jobs.”

The Couch, which is located on 69 Bourke Street, Melbourne, welcomes international students from 6:00pm to 8:30pm every Monday to Thursday.

All events at The Couch are free, and a free hot meal is provided.

Check out the program of events here.