IN this 21st century, music genres such as pop and rock tend to reign supreme. But the popularity of classical music  is on the rise, with artists like Amadeus Leopold captivating the younger generation. Sarah Lim discusses the recent transformations of this age-old genre. 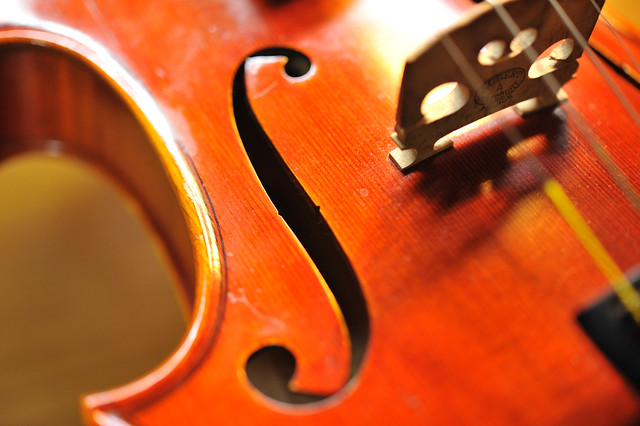 Violin - a classical instrument that has evolved through time. Image: kubotake via Flickr

White smoke from dry ice floats around the stage while a figure rises from a coffin. A man is seated on the chair in front of a glossy, black grand piano. Sounds emanate from the black and white keys being played. The musicians are wearing odd clothing; the figure with a violin even dons clown-like make-up, obscuring his actual face. It wouldn’t be a stretch to say he just looks weird. But then, he puts his violin to his shoulder and begins to play.

The sounds he produces are nothing like his unorthodox appearance. In fact, music is firmly and technically of the traditional, classical genre – music famously known among old and new generations. It’s this irony – the contrast between the modern and contemporary – that’s sparked a debate on the evolving nature of classical music.

Some may say the manic figures of classical music have long existed. One remembers Nigel Kennedy, the punk rocker violinist who was, during the 1990s, criticised for his outrageous clothing and fake persona. There is also André Rieu, who became known for his lively orchestral presentations involving popular music pieces. A list of contemporaries follow, such as the string quartet Bond – arguably the most commercially successful in their category – and “rocker” violinist Lindsey Stirling, with YouTube videos amassing up to a total of more than 151 million views. Let’s not forget fellow YouTube musicians The Piano Guys, featuring pianist Jon Schmidt and cellist Steven Sharp Nelson, who put a modern spin on traditional pieces and a classical spin on pop music.

And then, of course, there is Amadeus Leopold, the strange-looking violinist described above. Previously known as Hahn-Bin, he is a violin virtuoso. Outwardly, he doesn’t look like one. His hair, previously shaved into a black mohican, is now dyed platinum blond. He tends to cover some aspect of his face when performing. Sometimes with sunglasses; other times it’s feather masks, black eyeliner or colourful make-up complete with orange lipstick.

There is truly something unusual about Amadeus, an avant-garde violinist out to change the world of classical music. His outfits remind audiences of the Gaga look – he wore 12-inch black high heels, a polka-dotted long-sleeve shirt and blue patterned three-quarter pants during his public lecture at Monash University’s School of Music on October 16. Part of his visit there involved teaching three violin students about “musical choreography” – a form of learning to feel and moving along to the music with your body.

“You want to live in the music. Play from your imagination,” he coaches,

Born in Seoul, Korea, Amadeus began playing the violin when he was five. He eventually moved to Los Angeles and made his international debut at the 42nd Annual Grammy Awards at only 12-years-old. At 16, he recorded his first debut album , HAZE. It was then not long before he was chosen as the mentoree of famous conductor and violinist Itzhak Perlman. Studying at Juilliard School in New York, however, led Amadeus to realise who he was as a musician and what his identity would be.

“It wasn’t enough for me to go on stage and reveal the truth of the music and myself just standing still on the stage,”” he recalls.

“Growing up at Juilliard, I fought with the Deans almost every week asking them if I could take dance and drama classes.

“For instrumentalists, all of a sudden we are confined to being sort of the mannequins, and we’re just sort of supposed to wear these great works of art and just stand still.

“And for me it was not honest to perform music that I cherish, love, and that gives me so much joy, sadness, darkness, light, all these different elements – I needed to express it through my entire body.”

Amadeus eventually graduated with his Diploma in Music from Juilliard even though he didn’t receive approval to take extra classes in drama or dance. In the time that followed, he auditioned for different philharmonic orchestras but found he never fit in.

“The New York Philharmonic director, where after I performed Tchaikovsky, stood up and said, ‘Fascinating’ and walked away,” he says.

“The thing is, if you are creative, if you are interesting, in classical music it’s actually a bad thing.”

He sats classical music is a “quarantine genre”, one that is often protected and isolated from all other forms of art. Crossovers occur between music genres and other performance art, but the real world of classical music is still one consisting of traditional performances with age-old fare and orchestra members wearing conventional black uniforms the majority of the time.

Dr Kenji Fujimura, the Deputy Head and Coordinator of Postgraduate Programs and Chamber Music at the School of Music-Conservatorium at Monash University, provides a differing outlook on the matter. An accomplished pianist and supporter of contemporary music, Dr Fujimura believes there is a perspective of seeing that classical music has in fact been merged with other art forms since a long time ago. 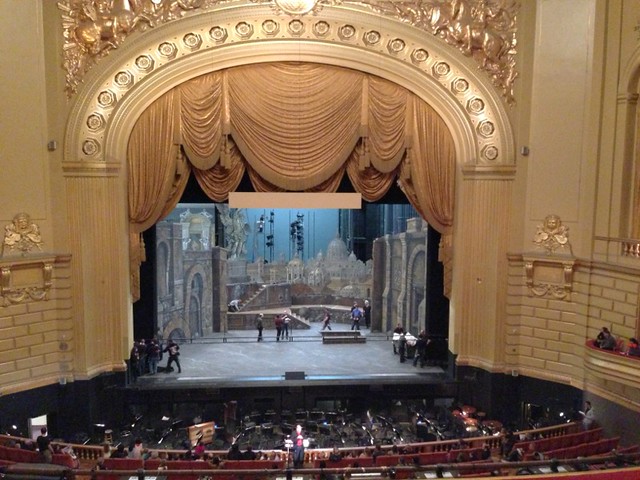 Classical music has always been a part of performances in the opera house. Image: ed and eddie via Flickr

“There’s already fusion in classical music. You look at say, opera or musical theatre. There’s already the combination of acting as well as singing and playing – ballet is another one; you never have ballet without music,” he says.

“However I think now there is a difference like for example areas of classical music that usually aren’t associated with other forms so for example if you go to a piano recital or if you go to a chamber music concert and then as part of it they recite letters or they recite a poem before they play the next piece. I think that sort of thing is a bit unusual.”

Dr Fujimura explains that as with other forms of art, there needs to be more music programs in schools to popularise classical music as well. He says as a child, being exposed to such music often leads to a greater appreciation of it in later years, similar to learning a language when young.

Independent musician Anita Chai, who was classically trained on the violin and piano from a tender age, agrees.

“There needs to be more advertising,” she says.

“I don’t think classical music is as popular as other genres of music because it’s not often broadcasted on radio, for example.”

Despite that, both Amadeus and Dr Fujimura agree that classical music has the potential to be the “universal language” of this world.

“Classical music is constantly evolving,” Dr Fujimura says. “For classical music or music in general, it’s the language that one doesn’t need to understand. So you don’t need to be an educated connoisseur of this particular language to appreciate it.”