Under the former Labor Government’s reforms to student visas, only students enrolled at participating Australian universities were eligible for streamlined student visas. This effectively excluded overseas students wishing to study at TAFE or other private higher education institutions from the special student visa processing arrangements.

However, in light of the sector’s poor performance, the Coalition Government has proposed extending the streamlined processes to include international students applying to study at 22 invited TAFEs and other private higher education providers. It has also suggested lowering immigration risk assessment levels from five to three, effectively reducing the amount of savings some students are required to have in their bank accounts prior to their arrival in Australia.

Some students could find themselves able to apply for a visa with up to $40,000 less savings than previously required, and Minister for Education Christopher Pyne said it is hoped these changes will encourage more students to study in Australia.

If we cut red tape and allow more students into Australia to access a world-class tertiary education we all stand to gain,” – Christopher Pyne, Minister for Education.

“If we cut red tape and allow more students into Australia to access a world-class tertiary education we all stand to gain,” he said.

Demographer Bob Birrell has voiced doubts that extending streamlined visa processing will boost the education sector as a whole. He said unless the non-university providers significantly undercut universities on course prices, the changes are “unlikely to boost revenue much at all”.

“There is a significant market in Asia for courses that will give access to our labour market. If the 22 providers make such access cheaper, it would tap into this market to some extent,” Dr Birrell said.

However he noted there lay a potential danger in TAFEs undercutting the market for international students as a result of the changes. He fears future students may opt for TAFE courses over those provided by universities as they tend to be significantly cheaper.

If the 22 providers are cost competitive with universities, university providers will be the losers,” – Dr Bob Birrell.

“If the 22 providers are cost competitive with universities, university providers will be the losers,” he said.

TAFE representatives and private education providers have welcomed the move however, citing it as long overdue and finally allowed them to compete on equal footing with universities for international students.

Director of international engagement for TAFE Directors Australia, Peter Holden, said the original decision to apply streamlined visa application processes only to university students was based on a “flawed logic” that universities are a greater asset to market to international students as they are, among other things, easier to regulate, require students to pay more in course fees and have a better reputation as education providers.

This ‘old-school’ mind-set reinforced “outdated stereotypes and elitist views of post-secondary education,” he said at the time.

Planned to take place early 2014, the visa changes will involve streamlining the assessment-level framework (ALF) students are usually required to be measured against so that the number of assessment levels from five to three. This means students applying from countries previously considered a high visa fraud risk, such as Sri Lanka and Pakistan, will be able to provide less documentation to qualify for a student visa. 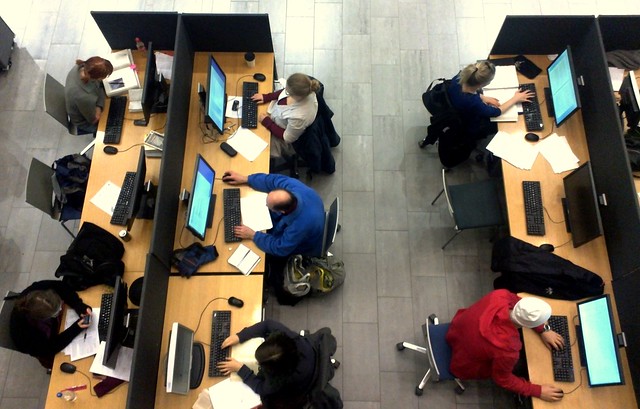 They will also benefit from lowered financial thresholds, meaning less money needs to be displayed in their bank accounts to substantiate their ability to cope with the cost of living in Australia.

He believes they will allow Australia to become more competitive in the global education services market where we have to compete with countries like America, Canada, New Zealand and the UK for international student enrolments.

“Whether [the visa changes] have the effect of steering certain prospective or existing students towards a particular study pathway remains to be seen, but it’s clear that the aim is to boost student enrolments at the higher end of the market,” he said.