There is no better way to kick off a mid-March weekend than by consuming many dumplings, building connections with fellow international students, and partaking in fun-filled activities.

The event featured a great mix of international students and local Melbournians, all mingling in the name of good food and company at 206 Bourke Street. The entire arcade-way was transformed into a festival extravaganza, a two-night wonder worth writing about.

New and current international students were greeted as soon as they walked into the mall by one of 40 volunteers and directed to the welcome desk. Here they were given a student passport; a booklet that served as their guide throughout the event.

Inside the booklet, students were given ‘student missions’ where they collected stamps and prizes from various stalls and activities.

The event began after a speech by Lord Mayor, Sally Capp, welcoming students and wishing them a good time in Melbourne. Both nights were crowded with dumpling lovers checking out stalls and booths, getting freebies, making friends and of course, queueing for free dumplings. 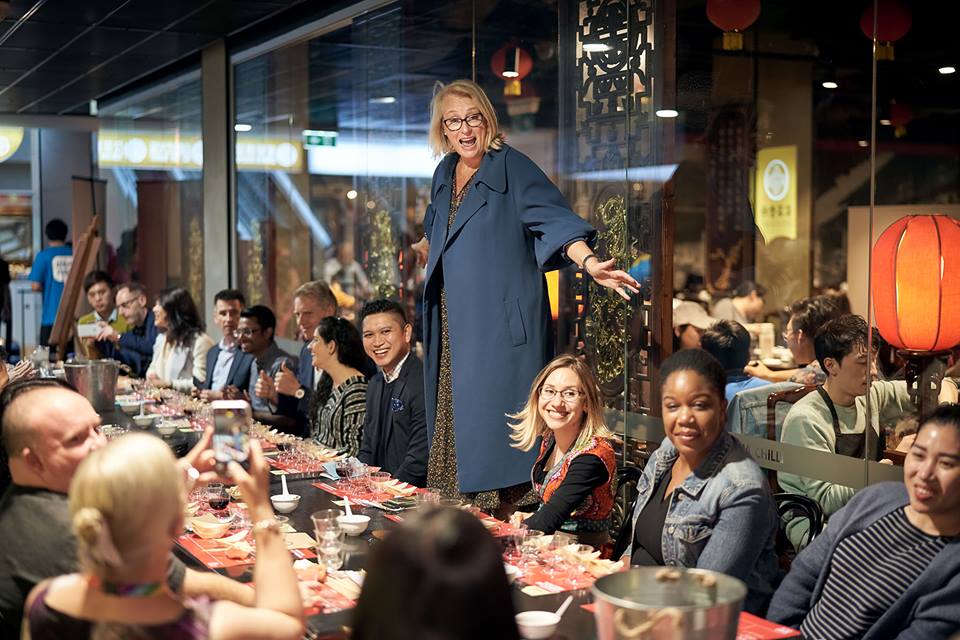 Photo by the City of Melbourne

Saúl Pérez, a University of Melbourne exchange student from the University of Guadalajara in Mexico, had a great time at the festival. We spoke to him as he was queuing up to take a photo at the GIF photo booth.

“The event was really exciting, they give you tasks to complete so you can see everything around the mall and meet new people. It’s a good way for students to come and meet the city,” Pérez said.

“The policewoman there…she offered me a lot of information about safety,” Li said.

One of the missions in the student passport, even required a selfie with police officers – they’re surprisingly not so unapproachable after all.

Australian Federation of International Students (AFIS) and Study Melbourne, were ready to welcome and assist students with their welfare, while the Melbourne Football Club was eager to introduce Australia’s national sport by handing out free AFL tickets.

Visitors escaping the busy stalls to the laneway stumbled upon a GIF Booth, bar and even a face painting station provided by Riot Wine Co.

After obtaining four stamps, students were given the opportunity to try their luck in a ball pit filled with white balls and few hidden coloured balls. Winners who managed to grab a coloured one while blindfolded, entered the chance to win shopping vouchers and gift certificates. 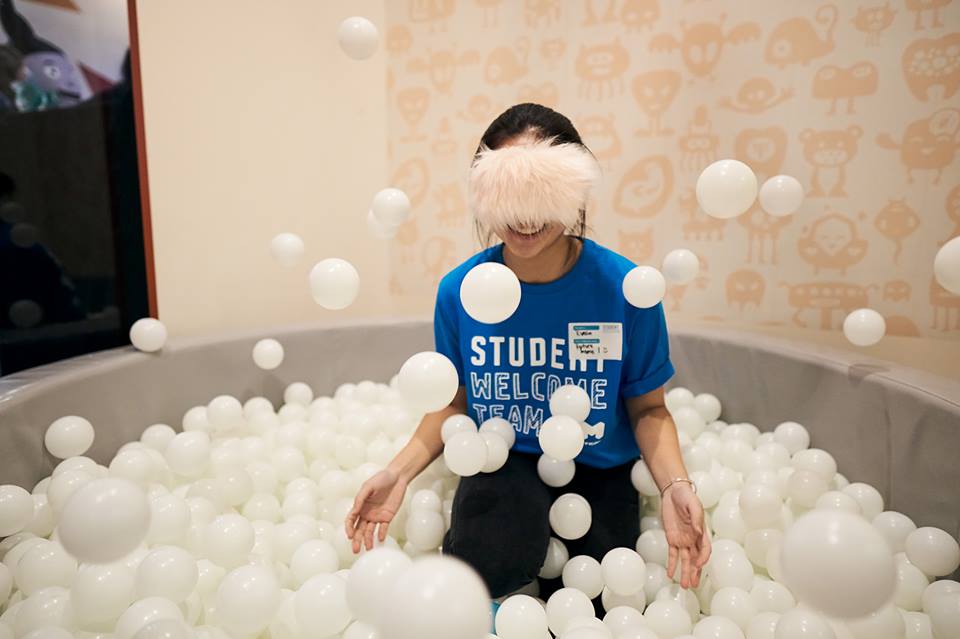 Photo by the City of Melbourne

Youyou, one of the bubble tea competitors, despite losing, found joy in the activity.

“I drink too slow… and they put extra extra bubbles so they’re stuck in my mouth. But It’s a really good fun,” she said.

Saturday’s festivities set precedence for the last day, by far the most memorable of the two. To celebrate this, Riot Wine Co held wine and dumpling tastings. If free booze and food doesn’t spell fun, I honestly don’t know what does.

Pérez who has only been in Melbourne for a month on student exchange, is excited to explore his host country in more depth.

“I actually wasn’t so sure what I was gonna do here, but it’s been really great…there are so many activities every day, so you cannot get bored here,” he said.

However, all good things must come to an end. To wrap up the festival, students were invited to take part in a silent disco. Ushering the night away with a boogie and dance!

If you missed out on this year’s Melbourne Dumpling Festival and LMSW, click here to see what else went down. However, to avoid FOMO completely follow the City of Melbourne’s Facebook page, for up-to-date events and happenings.